What is Halloween, and why do we celebrate it? 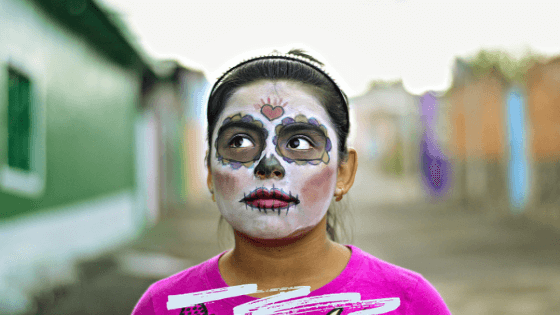 This article was originally published on Fringe Art & Culture.

With the commercialism of cultural and religious traditions, it is easy to be dismissive of them. But it’s the perfect time to stop and consider how lucky we are to have a melting pot of different spiritual, religious and cultural elements to enrich our perspectives of the world.

So, what is Halloween? Why do we celebrate it?

In this post, I look at the history of Halloween and how various spiritual celebrations have influenced the traditions we have today.

What is Halloween? Artist Sam Randall is heavily influenced by cultural celebrations and mythology

Generations of migration between countries have brought traditions like the ancient, pre-Christian Celtic festival we now know as Halloween, to a country that is home to a completely different Aboriginal Dreamtime culture.

It’s human nature, to feel strangely fascinated by the cycles of birth and mortality. But even in these different cultures, the differences become subtle if you examine them.

The Australian Aboriginal people, like many cultures the world over, have been influenced by the cyclical nature of life and death in the natural world.

They use dance, song and other ceremonial rituals to help the spirit of the dead return to the Dreaming Ancestors within the Land. They don’t speak the names of the deceased and avoid images of them, to avoid recalling or disturbing their spirits that have returned to the Land.

It’s safe to say that the English account for the Dreamtime hardly captures the “sophisticated and interconnected mosaic of knowledge, beliefs and practices,”1 as the Aboriginal people know it. Theirs is a culture of respect and deep understanding of the land and its cycles.

The History of Halloween: Seasonal cycles

When compared, the ancient Celtic people lived by a pastoral calendar and had a similar respect for seasonal cycles. The festival we have come to know as Halloween began as their Samhain (pronounced Sah-ween) festival. It marked the end of the pastoral year, the beginning of winter – “representing both an ending and a beginning in an eternal cycle.”2

The Celtic people believed that during Samhain, the ghosts of those who died in the last pastoral year were able to mingle with the living on their way to the otherworld.

“People gathered to sacrifice animals, fruits, and vegetables. They also lit bonfires in honour of the dead, to aid them on their journey, and to keep them away from the living. On that day all manner of beings were abroad: ghosts, fairies, and demons – all part of the dark and dread.”2

Though the introduction of Christianity marked the beginning of the change to the original Samhain festival into what we know as Halloween today, there are many universal themes in common with other cultures, each providing a new perspective. A celebration of mortality

The widely celebrated Mexican El Dia de los Muertos (Day of the Dead) festival, takes a more celebratory perspective on human mortality. The festival spans across Mexico and Latin America, where the lives of the deceased are celebrated with altars adorned with flowers, photos, food, skulls, and people enjoy activities the dead enjoyed in life.

Believing that the dead would be insulted by mourning, El Dia de los Muertos is about recognising that death is a natural part of the human experience and about remembering the contribution they gave to their community before they died.

“Death as a part of the human experience: Every living thing will eventually die. Every human being, no matter how beautiful or well-dressed, will eventually be exposed as nothing more than a skeleton and skull.”3

And then there is the Japanese version of the Day of the Dead; Obon. Or as it’s sometimes known, the Festival of the Lanterns.

The Buddhist festival commemorates the lost ancestors with bon-odori, a traditional dance meant to welcome the spirits of the dead as they return to visit relatives. Over three days, and usually in the seventh lunar month, people honour the dead by visiting their graves and making food offerings at house altars and temples.

At the closing of the festival, toro nagashi (floating lanterns) are sent down rivers towards the ocean and bonfires are built around the cities, to guide the spirits back to the otherworld.

“Even though such dark imagery is associated with its name and meaning, the Obon festival is actually a fun tradition celebrated with large gatherings, family reunions, and bright lanterns.”4

Although the nuances in these cultural traditions present different belief that you might not ascribe to, they offer us different perspectives of our mortality, as well as our approaches to how we enjoy our lives, and grieve or even teach us how to remember, how to celebrate the loved ones we have lost already.

In Australia, it seems like Halloween celebrations are just taking off, but it makes me wonder if we’re missing the point. We’ve become fascinated with costumes and lollies, and have forgotten to reflect on the real reason the festivals exist – our own mortality.

What does Halloween mean to you? Do you reflect on the deeper meaning behind the festival? Or love to dress up just for fun? 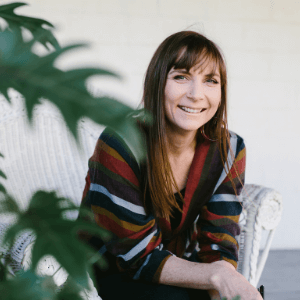 I love learning how artists and creatives tick, and designing a content strategy that helps them make a living from their work. I'd love to know what you create. Let's chat. x 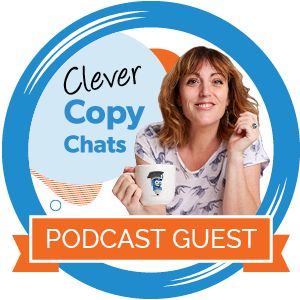 The art of copywriting with Ali Strachan | CopyChats